This is our secret formula to help boost your energy levels and memory, work to stabilize your mood, and promote hormone balance. Supports Methylation which is a crucial biochemical process responsible for the proper function of almost every bodily system.

Why should you take Boost?

If you find yourself dragging on throughout the day, feeling fatigued or blue, or struggling with hormone imbalances, you may be deficient in critical vitamins such as B12 and B6 and the powerful macro-mineral, Magnesium.

This blend stands out among the rest because it’s fully methylated, which means it’s in active form, ready for your body to use.

Is Boost different from other B-Vitamin complexes?

Yes! Most B vitamin supplements are unsuitable for the estimated 50% of the population who possess genetic MTHFR polymorphisms which reduce methylation and the ability to convert inactive B vitamins.

To address this, Boost contains fully methylated B vitamins in their metabolically active form which bypass the “damaged” methylation pathways to be quickly and efficiently utilized by the body. Once these methylated forms are absorbed, they’re able to support healthy hormone function, brain health, memory, and mood.

Boost delivers synergistic function of B vitamins in their most readily available forms, along with magnesium glycinate to activate ATP, and selenium to further support optimal methylation and energy production.

Suggested use: Take 1 capsule a day with 8-12 fl oz of water. Best if taken with a meal. 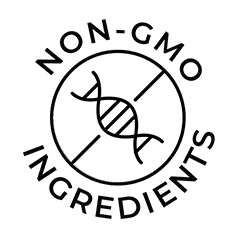 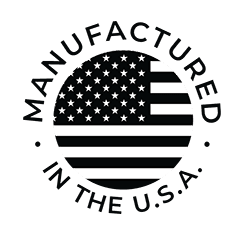 Thiamin supports nervous system health, memory, and concentration. Only small amounts are stored in the liver, so a daily intake of thiamin-rich foods is needed. Vitamin B12 is important for the brain and nerves, and for the production of red blood cells. Key component of coenzymes involved with the growth of cells and energy production. Most riboflavin is used immediately and not stored in the body, so excess amounts are excreted in the urine. B6 has many possible benefits as a health supplement since it is an essential nutrient. Common uses include the healthy functioning of the blood, eyes as well as support for normal behavior, and brain support. Magnesium is crucial to cellular function. Magnesium is required for the production and use of the body’s energy currency, ATP. As L5 METHYLTETRAHYDROFOLATE CALCIUM, it belongs to the class primarily used to treat folate deficiency and anemia. It plays a role in the healthy function of cells throughout the body. Selenium is a methyl donor, which promotes healthy DNA methylation and repair.

Methylation is a crucial biochemical process responsible for the proper function of almost every bodily system. It occurs at a rate of millions of times per second, helping to repair DNA, detoxify the body, clear damaging proteins from the blood, and modulate inflammation and mood.

Without sufficient levels of B vitamins, methylation in the body breaks down, and the results can be disastrous.

Thiamin (B1) plays a role in the healthy production of the body’s master neurotransmitter, acetylcholine, which relays messages between nerves and muscles, supporting healthy cardiac and neurological function. Thiamin plays a role in nervous system health, memory, and concentration (1).

Riboflavin (B2) plays an important role in myelin formation, and its deficiency can negatively impact the central nervous system (CNS) (2). Myelin is crucial for allowing electrical impulses to transmit quickly and efficiently through nerve cells.

Riboflavin also promotes neuroplasticity via the healthy expression of a specialized protein called brain-derived neurotrophic factor (BDNF). Neuroplasticity is the brain’s ability to adapt and change over our lifetime (3).

In times of stress, B6 is depleted rapidly as it aids in production of stress-modulating hormones, and “feel-good” neurotransmitters like serotonin (5). B6 is also integral for the manufacture of hemoglobin, which are a part of red blood cells responsible for carrying oxygen to all parts of the body (4). This is one significant way B6 supports energy and stamina.

In women, B6 is also crucial for the healthy function of the adrenal glands, and for a comfortable balance of progesterone and estrogen (6). When combined with magnesium (also found in Boost) B6 has been shown to support reduced PMS severity as well (7).

Folate (B9) (L-methylfolate) is structurally identical to the active and coenzymated form of folic acid, allowing it to bypass the slow and inefficient conversion process in the liver and be used in the body without further metabolic change.

Classically identified as vital for protecting against neural tube defects during pregnancy, supplementing with folate is most crucial during pregnancy, however, folate has been shown to play a role in the healthy function of cells throughout the body (8).

Research has also shown a correlation between folate deficiency and low folate status and the persistence of depressive symptoms (9).

B12 (as methylcobalamin) Most B12 supplements contain the inactive form of B12 (cyanocobalamin) which has been found to be excreted in urine at a rate three times that of its fully methylated counterpart, which you’ll find in Boost (10).

B12 is crucial for breaking down the protein, homocysteine, into its individual amino acids during methylation (11).

Low blood levels of B12 and folate have been associated with increased homocysteine levels which can negatively impact health (11).

B12, folate, and B6 are intimately linked in their major role in methylation, which supports proper DNA repair, detox function, and healthy levels of inflammation.

Pantothenic acid, also known as B5, plays a critical role in synthesizing coenzyme A (CoA) for use in dozens of neurotransmitters, inducing acetyl coenzyme A (acetyl-CoA). Pantothenic acid also helps regulate lipoprotein metabolism, supporting healthy cholesterol levels in the blood (12).

B5 also aids in the metabolic processing of other vital B vitamins, including riboflavin (B2), and plays a role alongside B6 in the healthy production of stress and sex hormones in the adrenal glands.

Magnesium boasts hundreds of benefits throughout the body, not the least of which is supporting energy production and a balanced mood.

Magnesium is required for the production and use of the body’s energy currency, ATP. The body uses ATP to carry out any function within that body which requires energy. An ATP molecule must first bind with a magnesium ion before it can become biologically active, making magnesium essential for energy production in the body (13).

Magnesium also plays a role in the production of glutathione, which is the body’s most powerful free-radical scavenger which also plays a significant role in methylation, alongside B vitamins.

Selenium possesses one of the most potent antioxidant potentials, modulating free radical and oxidative damage on a cellular level. Selenium is also a methyl donor, which promotes healthy DNA methylation and repair.

Low serum concentrations of selenium, B6, and B12 have also been linked to increased age-related decline (14).

* This product is not intended to diagnose, treat, cure or prevent any disease. If you are pregnant, nursing, taking medication, or have a medical condition, consult your physician before using this product. All statements are for educational purposes only.